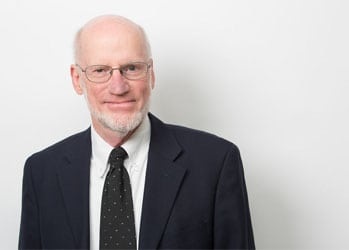 Leroy Bradway snapped on his purple nitrile gloves and hoisted the tome out of its archival box onto the table in the Skala Bartizal Library at the National Czech & Slovak Museum & Library (NCSML) in Cedar Rapids. The St. Wenceslaus New Testament portion of the Bible was produced in 1677 and the Old Testament portions were produced in 1712 and 1715. The NCSML edition consists of the 1677 and 1712 portions. The Czech translation Bible was created as an Counter-Reformation tool situated within a nationalistic context. 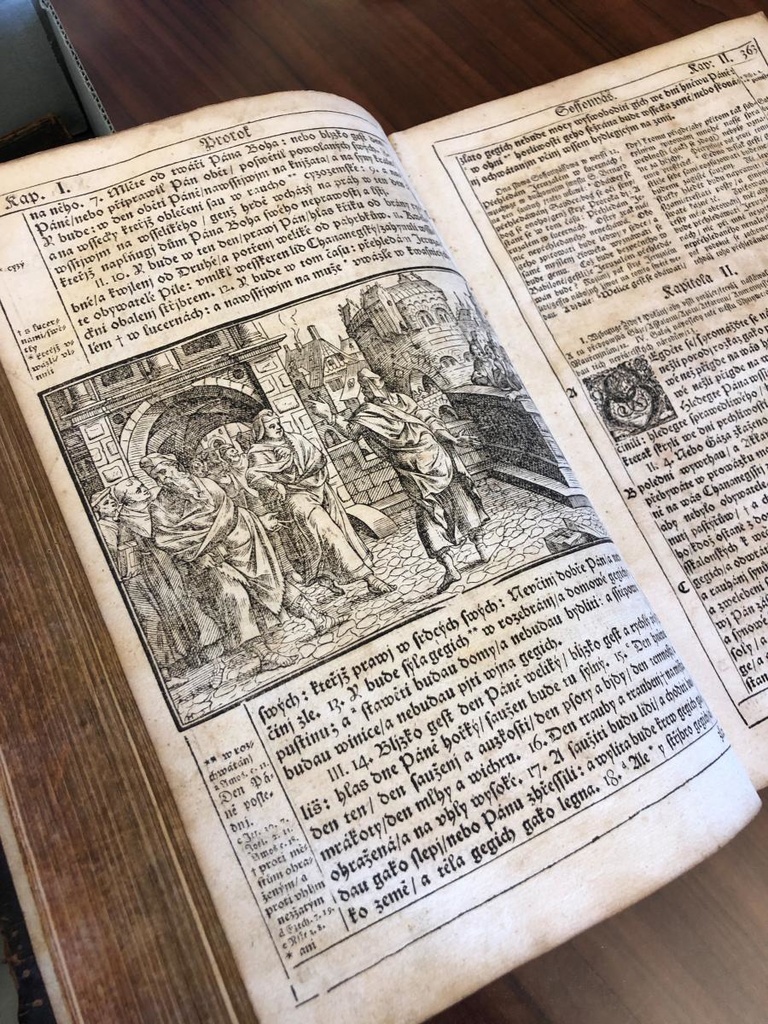 It traveled across the Atlantic to the US in 1875 or earlier and into the Skala Bartizal Library in 2012. A Cedar Rapids man visited the library with the bible after his wife passed away. She had Czech ancestry, and her husband wanted the bible to be housed in a facility that could preserve it and share its cultural and historical significance with the public. It’s one of the few bibles of its kind in the United States that are intact.

Leroy brought the St. Wenceslaus Catholic Bible out of the library’s collection after I had asked him to tell me about the objects he found most interesting. The Bible’s age, its role in the Counter-Reformation, and its adoption of some Hussite principles all fascinated Leroy. The St. Wenceslaus Bible was a testament to the need for a Bible in the language of the people. This Czech translation was the text that was most frequently circulated among Czech Catholic society in the 18th and 19th Centuries and had more importance than the King James Version. The text continued Czech biblical traditions and builds on previous Czech translations. 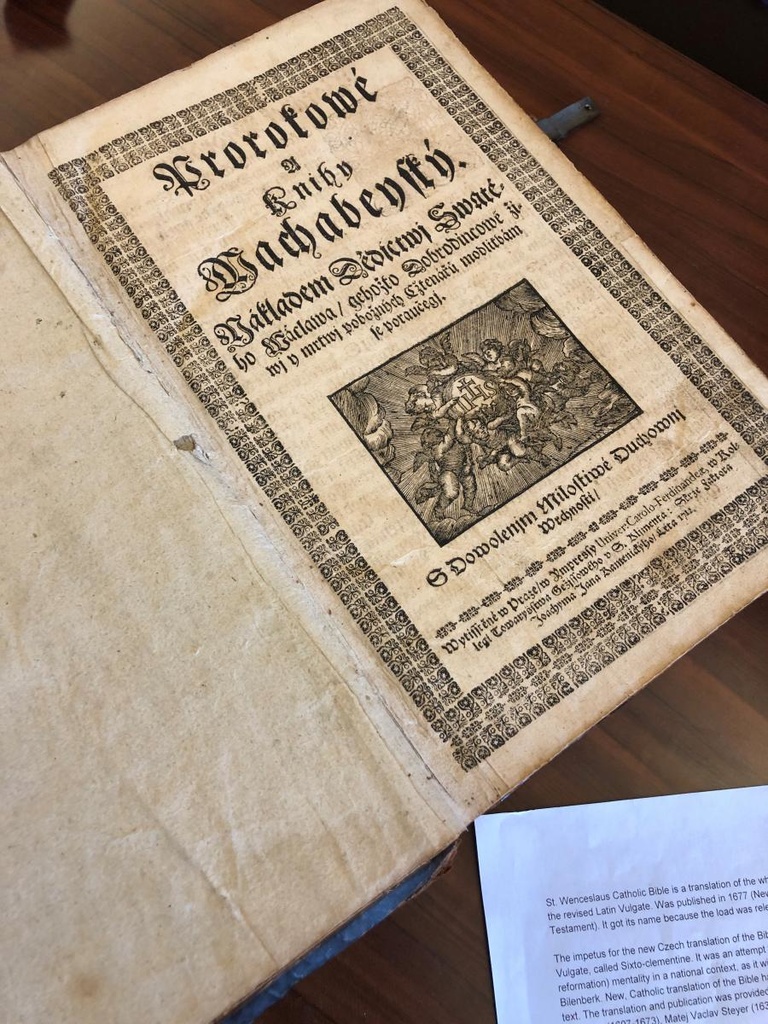 Leroy's theological training prepared him for a deeper understanding and appreciation of the Bible’s significance. Before becoming a Cataloging Librarian at the NCSML, Leroy had been serving as a pastor for the Evangelical Lutheran Church in America across the country for around 25 years. His wife, Paula, attended SLIS in the early 1990s, and when Leroy determined it was time for a change in his career, he decided to enroll in the program as well. He graduated in 1999 with the hopes of becoming a Seminary Librarian. He and Paula embarked on ECLA missionary work between 2000 and 2006 in Slovakia. Leroy taught English at a school in Bratislava, Slovakia and served as librarian for the school. While there, he was able to develop some Slovak language skills.

After returning to the United States and filling a few interim pastorate positions, he heard from a friend working in the State Library of Iowa. There was a job available within the National Czech & Slovak Museum & Library in Cedar Rapids that would be perfect for his skill set. The Skala Bartial Library is run by one full time librarian (Dave Muhlena, SLIS alum), and one part-time cataloger. As the Cataloging Librarian in a small library, Leroy performs archival work, processes donations, engages in reference interviews, covers and shelves materials, and promotes the library’s services within the museum.