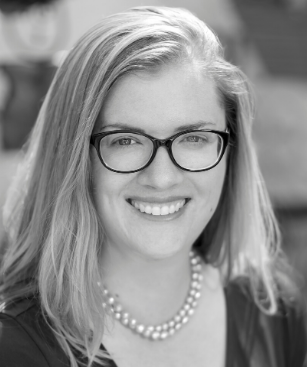 Kate Stewart (07) demonstrates the range and capacity of contemporary librarians. Kate first came to the University of Iowa to study history in the MA/PhD program with a primary focus on African American history. However, Kate had a change of heart when she began to research for her dissertation. She had worked in libraries before but hadn’t considered it as a career possibility until that moment. After some deliberation, she decided to begin training in the School of Library and Information Science at the University of Iowa to become a third-generation librarian, following in her grandfather’s and mother’s footsteps. Kate enrolled in the program at an accelerated pace, completing her MLIS in one year.

Her challenging schedule didn’t prevent her from finding meaningful opportunities outside of the classroom, though. There were still opportunities for her to develop relationships with her fellow students and volunteer at the Children’s Book Festival where she was able to network and introduce children’s authors. She was also able to blend her loves of history and library science through her work at the Iowa Women’s Archive (IWA) where she gained hands-on experience and learned from Karen Mason and Janet Weaver. The skills she learned in the IWA assisted her in her future roles at a variety of institutions. After graduating in 2007 amidst the Great Recession, Kate creatively utilized her diverse skill set to become the most marketable in a challenging job market. “I was really grateful that I was able to take such a wide variety of classes in SLIS. Even though it was really challenging at times, I did feel like I had learned to be flexible and take on whatever came my way in the workplace.”

She was able to secure positions at the Library of Congress and the U.S. Senate while living in Washington D.C., and later at the Arizona Historical Society. While working at the Library of Congress, Kate discovered the fascinating story of fellow librarian Ruth Rappaport. She immersed herself in Ruth’s story, resigned from her positions, and took up volunteer work with the League of Women Voters and the Tuscon Festival of Books while she wrote Ruth’s biography.

In 2019 Kate published A Well-Read Woman: The Life, Loves, and Legacy of Ruth Rappaport. Kate is looking to the future with hope amidst the Covid-19 pandemic and Social Justice Revolution. Currently Kate is working on another writing project. Her historical fiction novel is inspired by the oral history interviews from the Civil Rights Movement that she cataloged during her time at the Library of Congress. While she’s focusing on her novel right now, she hopes that libraries take care in protecting workers and their communities and that she can eventually begin working within another library in the future. “More than anything though, I am really amazed at the bravery and relentlessness of young people leading the protests and demanding changes in libraries. I think we all have a lot to learn from them.”